Wednesday evening just before 10:00 PM, Station 114 was dispatched for a reported house fire on Donahue Road in our district. Chief 114 was notified from State Police on scene that he had all oc...
➜
Car into home in Wimmerton Neighborhood 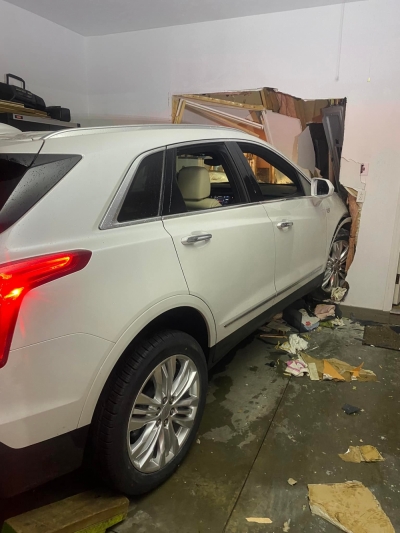 Shortly before 5:00 PM Lloydsville VFD was activated for a vehicle accident, one vehicle into a house. Lieutenant 114 arrived on scene to confirm one vehicle with negative entrapment. Crews turn...
➜
Crews assist Brandenville with Combine Fire 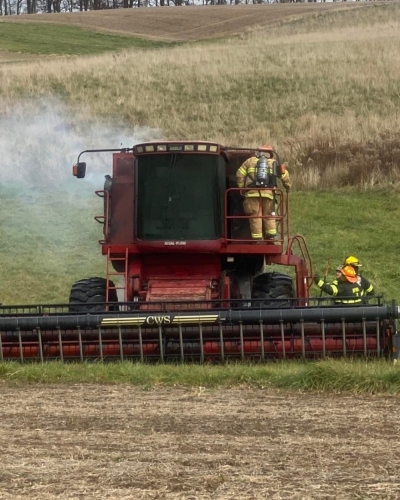 Engine, Tanker, and Service 114 are assisting Bradenville with a working combine fire on Ushack Rd in district 71. Please avoid Ushack Rd for the time being as the roadway is blocked with fire a...
➜
Crews assist with salvage yard fire 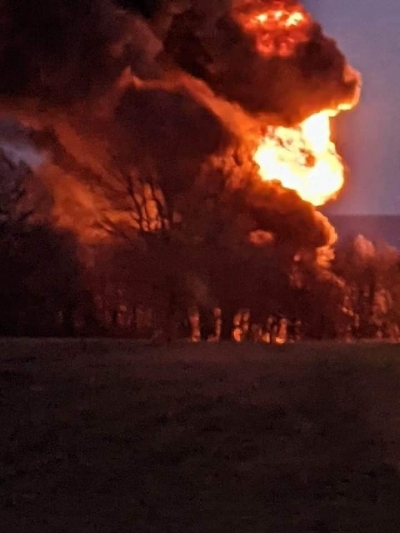 11-20-21At 16:50 the Engine and Tanker were dispatched to Youngstown Station 39 for standby. After being there for a short period of time, we were requested to the scene to assist Chestnut Ridge Stati...
➜
News headlines
2022 Fish Fry

2022 Fish Fry MenuIndustrial / Business Order Form Fax or Email(724.537.9873) Large Orders or businesses can go to our website (www.lloydsvillevfd.org) and download the PDF order form, print it, fill ...
➜
Blood Needed!
Blood Needed!
From our family to yours, we wish you a very  Merry Christmas!

From our family to yours, we wish you a very  Merry Christmas!
Kentucky Tornado Relief

We are still collecting money for the Kentucky Tornado Relief until Midnight tonight. We are currently up to $340 to send, however let’s dig deep and see if we can help more. Together, we ca...
➜
Special Team

The Lloydsville Volunteer Fire Department has incorporated a Division of Special Rescues which includes:

Swift Water Rescue: The department first certified in the early 1990's, but has grown since. Now 8 members are certified swift water rescue technicians through the PA Fish and Game Commission and The PA State Fire Academy. We have a few other members who are working towards the same level of certification. The department is part of the Westmoreland County Swift Water Rescue Team (Westmoreland Team 175 consisting of our department, New Alexandria VFD, and Bradenville VFD). In recent years the team has seen deployments to the greater Harrisburg area in 2011 to assist with flooding from Tropical Storm Lee, as well as many local deployments for rescues on both water and ice. Countless hours of training have been spent to keep the team in a constant state of readiness.

Rapid Intervention: As an initiative taken in by Crabtree VFD, Forbes Road VFD, New Alexandria VFD and Lloydsville VFD, through funds provided by grants, the department acquired equipment and put almost all of our members through training to certify in Rapid Intervention, which is a team put together used to rescue trapped, injured, or disoriented firefighters. We currently provide these services for local departments and to those who request it.

Technical Rescue: In the same initiative as Rapid Intervention, the same departments took time to train in special technical rescue aspects such as rope/high angle rescue, confined space rescue, structural collapse rescue, and wild land search and rescue. A few members also certified in CORE Rescue which is the basic rescue skills required to be recognized and national rescue technicians. The department works to provide continued education, and looks for new members wishing to add their expertise.

Anyone who is interested in joining the team, either from another department, or they don't want to fight fire but are interested in the special rescue aspects, can see any one of the department members to receive an application for the special teams. Training will be provided as it can be attained and equipment will be distributed.

Have you ever thought about volunteering in your community but not sure how to do that? Have you ever wondered if your career skills could be useful in a volunteer application? Are you a CPA, bank teller, doctor, business executive, chef, or other professional looking to either boost your resume or just donate a few hours a week to help out your community? We have good news! The Lloydsville VFD is looking for you. Our organization is growing each year, and with that growth comes increased executive needs. Currently our firefighters are holding multiple offices and roles, ranging from fighting fires and performing rescues to writing grants, cooking for fundraisers, filing taxes, and paying bills. The department is interested in finding career professionals within our area who are interested in lending their expertise to help take those duties off the responding member’s hands so we can better train to handle your emergencies. If you feel you have even 2 hours a week you can donate to the department we are more than happy to sit down and talk to you. Your volunteerism is just as important to the organization as those who respond to emergencies. If interested, please contact the station at 724-537-9872. 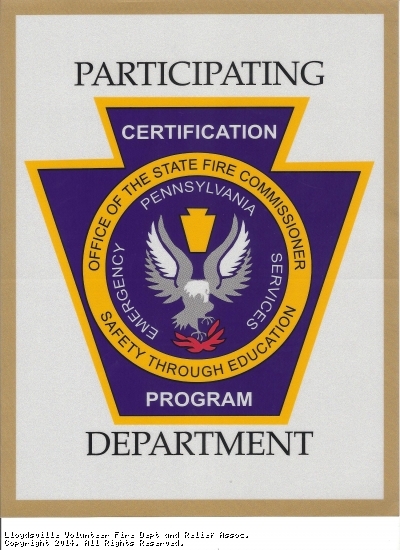 The Lloydsville VFD offers Address Marker Signs, compliant with Unity Township codes, as well as other municipalities. Each sign costs $15.00, will feature white reflective letters against a green background, and will be made to either a vertical or horizontal design based on your request. If interested, call the firehouse, or leave a message with us under the contact us link.

This site has been viewed 158,177 times.
Calls
News
Events
Pictures
Apparatus
Maintained by the members and staff of Lloydsville Volunteer Fire Dept and Relief Assoc.. Designated trademarks and brands are the property of their respective owners. Copyright © 2006-2022. YourFirstDue Inc. All Rights Reserved. Content on this web site is supplied by Lloydsville Volunteer Fire Dept and Relief Assoc.. YourFirstDue Inc. cannot be held responsible or liable for any content, text, pictures, or any other media found on this web site.
Management login
Powered by